TL:DR You can not observe a developer without altering their behavior. 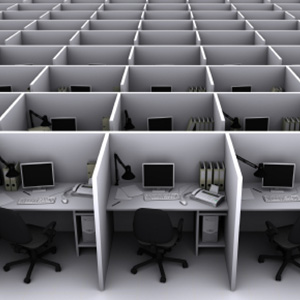 Several years ago I worked on a largish project as one of a team of developers. We were building an internal system to support an existing business process. Initially things went very well. The user requirements were reasonably well defined and we worked effectively iterating on the backlog. We were mostly left to our own devices. We had a non-technical business owner and a number of potential users who gave us broad objectives, and who tested features as they became available. When we felt that piece needed refactoring, we spent the time to do it. When a pain point appeared in the software we changed the design to remove it. We didn’t have to ask permission to do any of things, so long features appeared at reasonable intervals, everyone was happy.

Then came that requirement. The one where you try to replace an expert user’s years of experience and intuition with software. What started out as a vague and wooly requirement, soon became a monster as we started to dig into it. We tried to push back against it, or at least get it scheduled for a later version of the software to be delivered at some unspecified time in future. But no, the business was insistent, they wanted it in the next version. A very clever colleague thought the problem could be solved with a custom DSL that would allow the users themselves to encode their business rules and he and another guy set to work building it. Several months later, he was still working on it. The business was frustrated by the lack of progress and the vaguely hoped for project delivery dates began to slip. It was all a bit of a mess.

The boss looked at this and decided that we were loose cannons and the ship needed tightening up. He hired a project manager with an excellent CV and a reputation for getting wayward software projects under control. He introduced us to ‘Jira’, a word that strikes fear into the soul of a developer. Now, rather than taking a high level requirement and simply delivering it at some point in the future, we would break the feature into finely grained tasks, estimate each of the tasks, then break the tasks into finer grained tasks if the estimate was more than a day’s work. Every two weeks we would have a day long planning meeting where these tasks were defined. We then spent the next 8 days working on the tasks and updating Jira with how long each one took. Our project manager would be displeased when tasks took longer than the estimate and would immediately assign one of the other team members to work with the original developer to hurry it along. We soon learned to add plenty of contingency to our estimates. We were delivery focused. Any request to refactor the software was met with disapproval, and our time was too finely managed to allow us refactor ‘under the radar’.

Then a strange thing started to happen. Everything slowed.

Of course we had no way to prove it because there was no data from ‘pre-PM’ to compare to ‘post-PM’, but there was a noticeable downward notch in the speed at which features were delivered. With his calculations showing that the project’s delivery date was slipping, our PM did the obvious thing and started hiring more developers, I think they were mostly people he’d worked with before. We, the existing team had very little say in who was hired, and it did seem that there was something of a cultural gap between us and the new guys. Whenever there was any debate about refactoring the code, or backing out of a problematic feature, the new guys would argue against it, saying it was ‘ivory tower’, and not delivering features. The PM would veto the work and side with the new guys.

We became somewhat de-motivated. After loosing an argument about how things should be done more than a few times, you start to have a pretty clear choice: knuckle down, don’t argue and get paid, or leave. Our best developer, the DSL guy, did leave, and the ones of us arguing for good design lost one of our main champions. I learnt to inflate my estimates, do what I was told to do, and to keep my imagination and creativity for my evening and weekend projects. I found it odd that few of my new colleagues seemed to actually enjoy software development, the talk in our office was now more about cars than programming languages. They actually seemed to like the finely grained management. As one explained to me, “you take the next item off the list, do the work, check it in, and you don’t have to worry about it.” It relieved them of the responsibility to make difficult decisions, or take a strategic view.

The project was not a happy one. Features took longer and longer to be delivered. There always seemed to be a mounting number of bugs, few of which seemed to get fixed, even as the team grew. The business spent more and more money for fewer and fewer benefits.

Why did it all go so wrong?

Finely grained management of software developers is compelling to a business. Any organization craves control. We want to know what we are getting in return for those expensive developer salaries. We want to be able to accurately estimate the time taken to deliver a system in order to do an effective cost-benefit analysis and to give the business an accurate forecast of delivery. There’s also the hope that by building an accurate database of estimates verses actual effort, we can fine tune our estimation, and by analysis find efficiencies in the software development process.

The problem with this approach is that it fundamentally misunderstands the nature of software development. That it is a creative and experimental process. Software development is a complex system of multiple poorly understood feedback loops and interactions. It is an organic process of trial and error, false starts, experiments and monumental cock-ups. Numerous studies have shown that effective creative work is best done by motivated autonomous experts. As developers we need to be free to try things out, see how they evolve, back away from bad decisions, maybe try several different things before we find one that works. We don’t have hard numbers for why we want to try this or that, or why we want to stop in the middle of this task and throw away everything we’ve done. We can’t really justify all our decisions, many them are hunches, many of them are wrong.

If you ask me how long a feature is going to take, my honest answer is that I really have no idea. I may have a ball-park idea, but there’s a long-tail of lower-probability possibilities, that mean that I could easily be out by a factor of 10. What about the feature itself? Is it really such a good idea? I’m not just the implementer of this software, I’m a stake holder too. What if there’s a better way to address this business requirement? What if we discover a better way half way through the estimated time? What if I suddenly stumble on a technology or a technique that could make a big difference to the business? What if it’s not on the road map?

As soon as you ask a developer to tell you exactly what he’s going to do over the next 8 days (or worse weeks or months), you kill much of the creativity and serendipity. You may say that he is free to change the estimates or the tasks at any time, but he will still feel that he has to at least justify the changes. The more finely grained the tasks, the more you kill autonomy and creativity. No matter how much you say it doesn’t matter if he doesn’t meet his estimates, he’ll still feel bad about it. His response to being asked for estimates is twofold: first, he will learn to put in large contingencies, just in case one of those rabbit-holes crosses his path; second, he will look for the quick fix, the hack that just gets the job done. Damn technical debt, that’s for the next poor soul to deal with, I must meet my estimate. Good developers are used to doing necessary, but hard to justify work ‘under the radar’, they effectively lie to management about what they are really doing, but finely grained management makes it hard to steal the time in which to do it.

To be clear, I’m not speaking for everyone here. Not all developers dislike micromanagement. Some are more attracted to the paycheck than the art. For them, micromanagement can be very attractive. So long as you know how to work the system you can happily submit inflated estimates, just do what you’re told, and check in the feature. If users are unhappy and the system is buggy and late, you are not to blame, you just did what you were told.

Finely grained management is a recipe for ‘talent evaporation’. The people who live and breathe software will leave – they usually have few problems getting jobs elsewhere. The people who don’t like to take decisions and need an excuse, will stay. You will find yourself with a compliant team that meekly carries out your instructions, doesn’t argue about the utility of features, fills in Jira correctly, meets their estimates, and produces very poor quality software.

So how should one manage developers?

Simple: give them autonomy. It seems like a panacea, but finely grained management is poisonous for software development. It’s far better to give high level goals and allow your developers to meet them as they see fit. Sometimes they will fail; you need to build in contingency for this. But don’t react to failure by putting in more process and control. Work on building a great team that you can trust and that can contribute to success rather than employing rooms full of passive code monkeys.